Posted on September 29, 2013 by miriamtroxler

Pittsburgh is the latest city to have a visit from the giant Rubber Duck art installation from artist Florentijn Hofman. 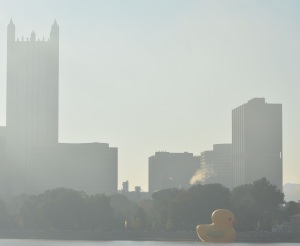 I went to visit the duck.  I took the steps next to the Roberto Clemente Bridge down to the trail next to the water. I started walking toward the Point.

I first saw the tail end of the Duck.  All the nearby ducks were dwarfed in comparison.

The Duck was enjoying the view. 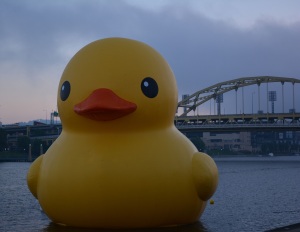 I was not the only person taking pictures. 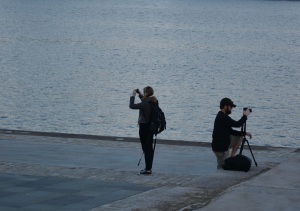 I watched the sunrise with the Duck.

Then I took my own photo opportunity with the Duck. 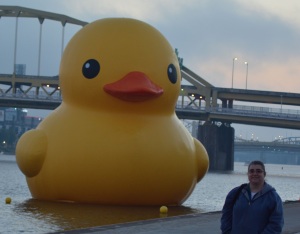 The Duck was watching the fountain.

Water is endlessly fascinating if you are a duck.

or bridges to get around Pittsburgh.

even for a new Duck in town. 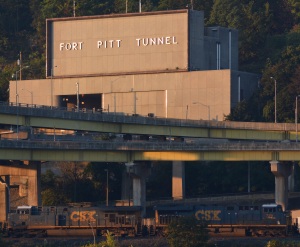 However, the Duck was honored with his own duck flyover. 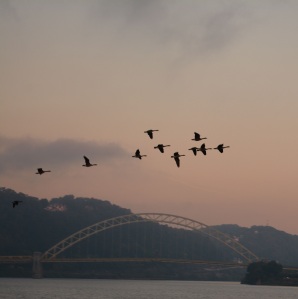 After taking close-ups of the Duck,

I walked to the Fort Duquesne Bridge. I took the stairs up and walked across the river. 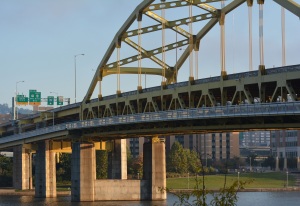 From the bridge, the Duck is still a big bird. 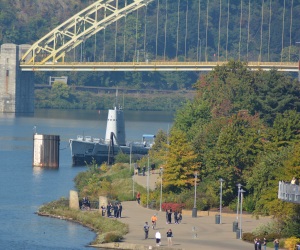 I was able to see the Duck from another perspective. 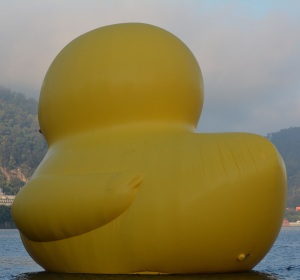 I also enjoyed some Pittsburgh views 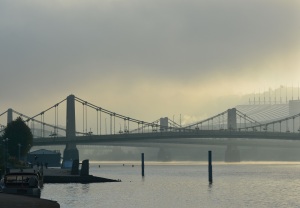 I walked past Heinz Field and the Science Center.

Some people had arrived early by boat for a Pitt game, but they were also Duck fans.

I saw people fishing in the shadow of the submarine, USS Requin.

And that someone had found a place to relax. 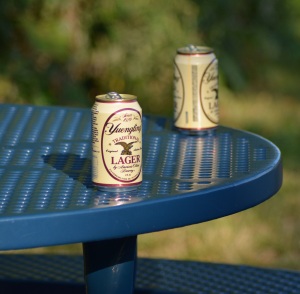 I walked down the Three Rivers Heritage Trail as far as the West End Bridge.

Then I turned around and traced my steps backwards.

I enjoyed watching the little birds 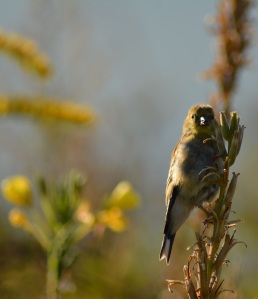 as well as the big bird. 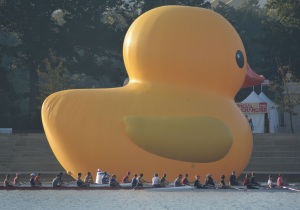 There was lots of  activity around the Point.

I took more pictures of the Rubber Duck as I went back across the bridge. 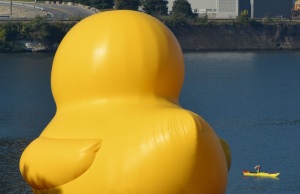 I took a second look at the Duck on my return to Point State Park. 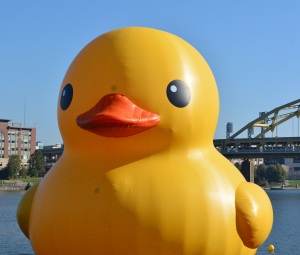 And added another photo for my collection.

At least for the time being, on bright sunny days, Pittsburgh has a Duck at the end of the rainbow. 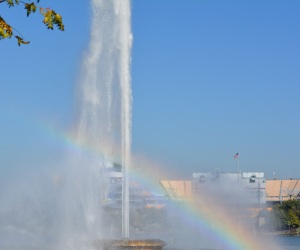 Straight through Point State Park, you can see the Rubber Duck through the trees.

Miriam Troxler resides in Beaver, Pa, where she runs a private music studio. After graduation from Chatham University, she toured in Europe with the Continental Singers Orchestra as principal cellist. A long time member of Greenville Symphony Orchestra, she is also the founder and musical director of CelloBrationS. Miriam enjoys composing and arranging with several published pieces to date.
View all posts by miriamtroxler →
This entry was posted in photography and tagged boats, bridges, crew, duck, nature photography, photography, Pittsburgh, Point State Park, wwwp5k. Bookmark the permalink.